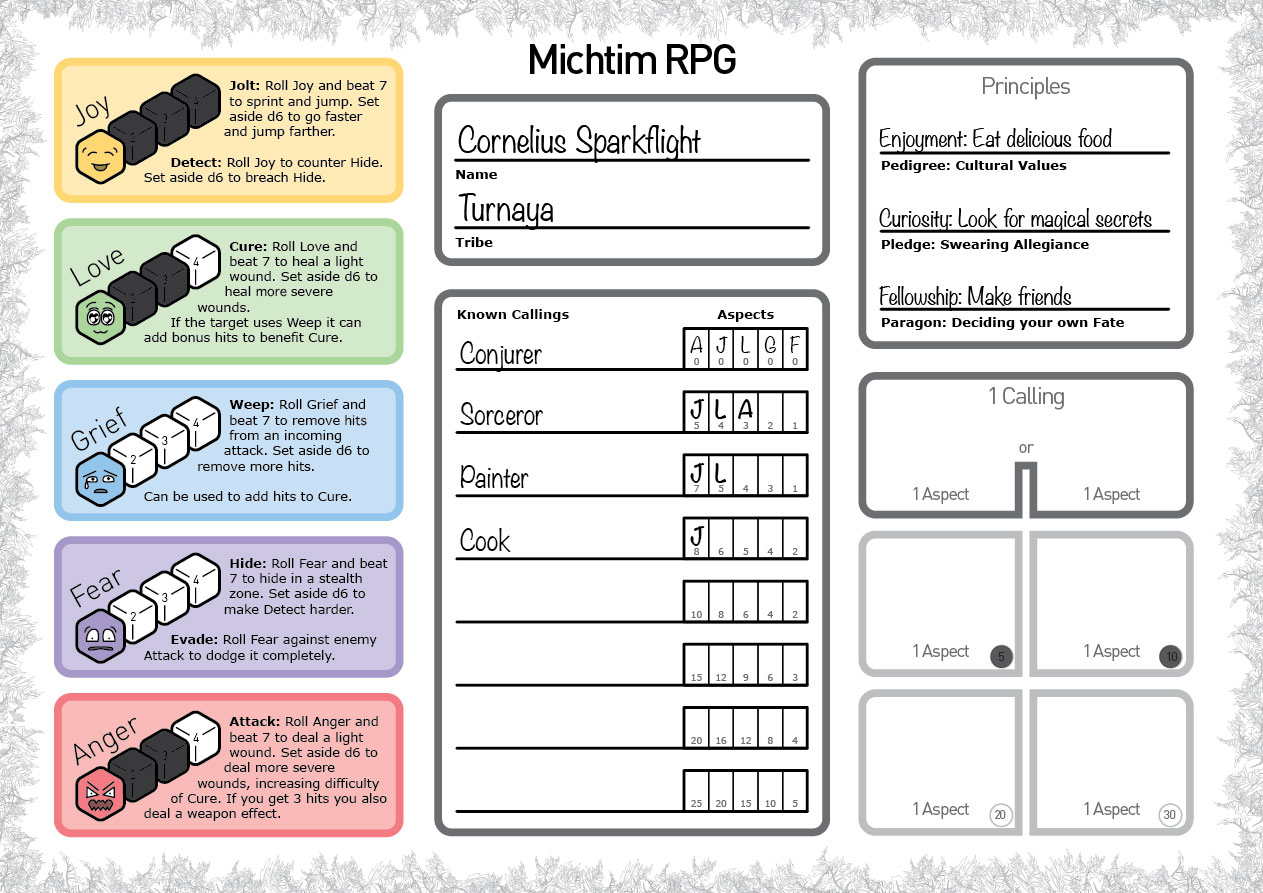 Welcome back to yet another post from Turnaya Weekly Goodies. Have a seat and get some cookies and milk, while finding out about the first draft of the character sheet used in Michtim RPG.

In typical RPGs you will have every bit of information on the character sheet. Michtim RPG uses a different approach, but still requires a bit of common info on the sheet. Things like Gear and Aspect special rules are located on individual cards that can be manipulated more easily. Gear might be given to another player, while Aspects may be switched out to change the character’s abilities — think of this as a sort of respec.

Wounds are handled differently from other games as well. Check out my post on Rethinking Damage & Death in Michtim RPG. As an update to the post, I will utilize colored and customized Poker Chips to indicate wounds (with actual game effects) to make healing more worthwhile. This means there is no need to have hit points on the character sheet, as everyone can take the same amount of damage before passing out.

Things that are needed on the sheet are easily found though: Emotions, known Callings, the amount of available Aspect Slots and the character’s Principles.

Arguably the most defining thing about the character (from the system perspective) are the Emotion ratings. They describe the core competencies of the hero. If you’re a loving Michtim, you make a great healer. Angry furries, on the other hand, are always looking for a fight.

If you bring a new game to your group’s table, you are bound to explain all the rules. People will ask ‘What is this supposed to do?’ or ‘I want to play a Swordfighter, what do I pick?’ This can be solved by two means. The first is sticking to familiar tropes. Indeed this is one of the things game controls usually do not change a lot for certain types of games (like FPS games). The second way to solve this knowledge gap, is to keep the rules down and provide contextual information right where you need it.

That’s the reason why I’ve added the ‘basic action rules’ right next to the relevant Emotions. People will see what their ratings are good for.

The Callings (on the other hand) will be found both in the book (with a lot of flavor text and nifty illustrations to foster instant recognition of an archetype), and also on the Aspect Cards. A Sorcerer does not need to know how Cooking works. If a Machinist is looking to bring some Ninja jutsu to the table, she can easily pick up the relevant Aspect Cards and find everything she needs to know right there.

Summary
Keep core rules of the game close to the center of attention. Special rules are provided on the demand and even serve a functional benefit, because characters can shift out of Callings and into new ones if they want.

Addendum
I’ve added an older version of my Callings/Aspects table. Back then they were called by different names, but this should provide some insight what those ominous ‘Callings’ are about. 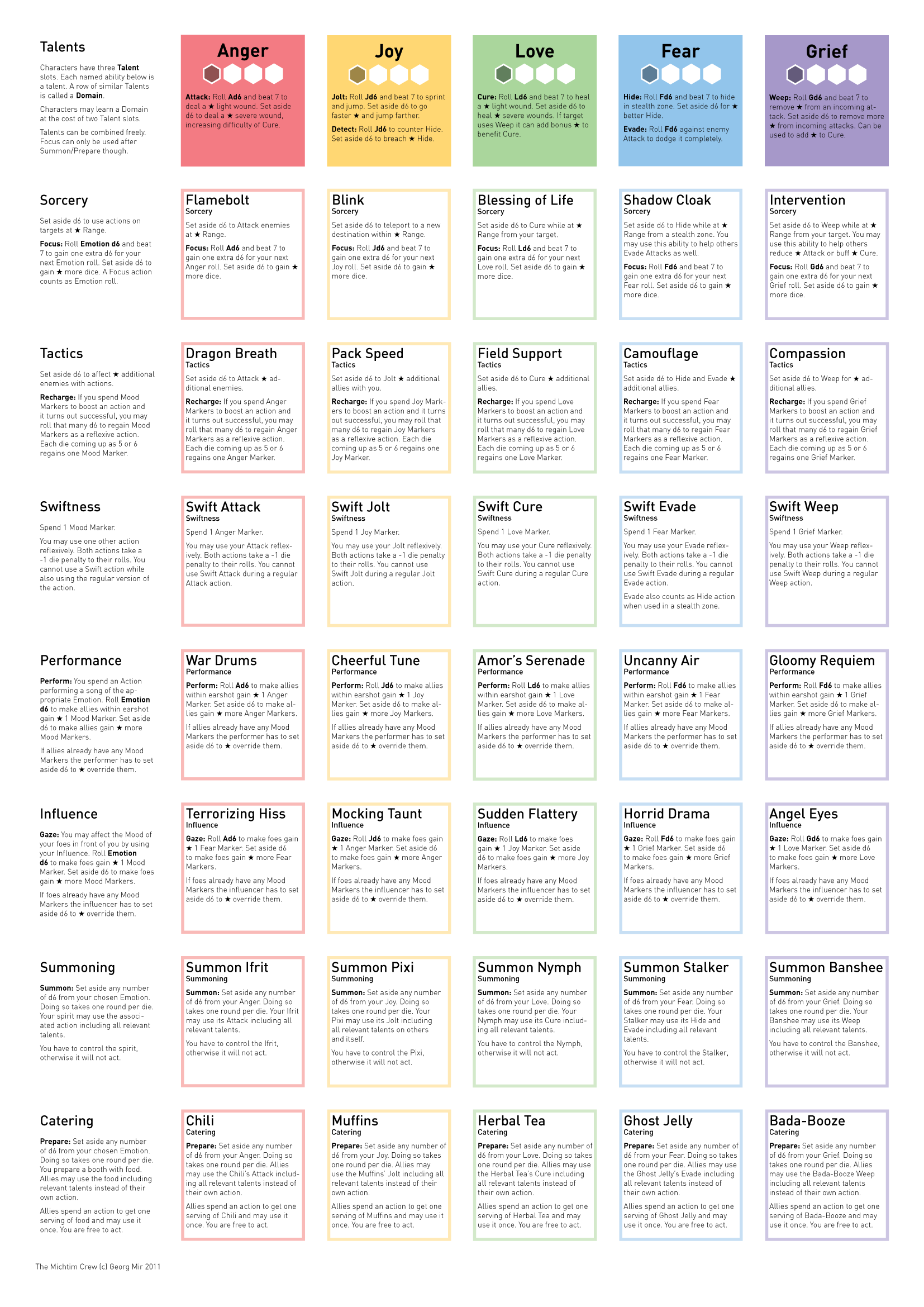 Also you can download the character sheet pdf here. Be aware that it’s still in early development. Things will probably change a lot, until I will finally be able to roll out a bigger release for public pre-testing.

Drop me a note! If you want, you can also use Google+ or Twitter to contact me.