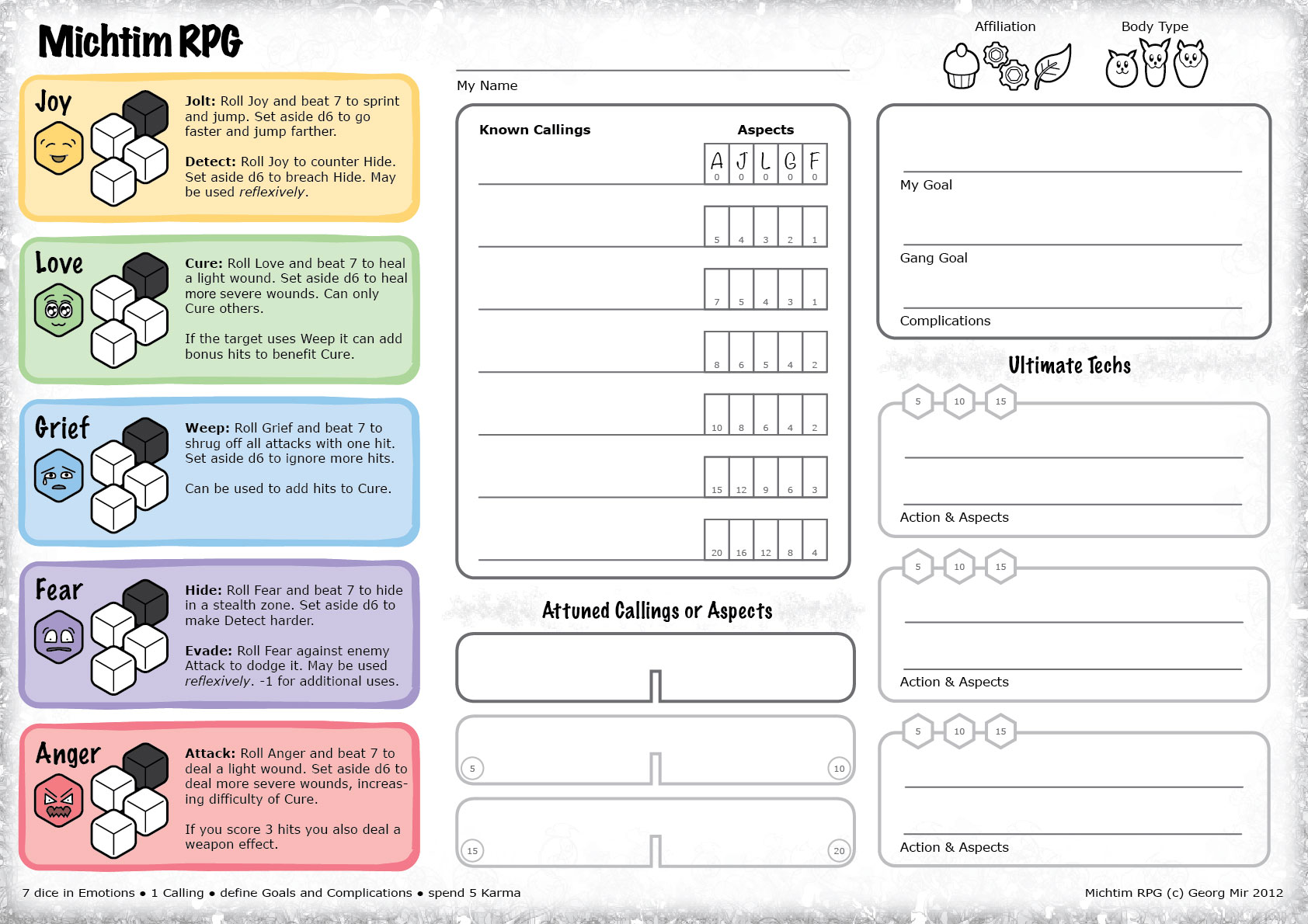 The revised Character Sheet has room for Ultimate Techs and character goals!

Last week I had the chance to conduct some hands on tests. We had an hour at our disposal to create some Michtim heroes for the upcoming session. It turned out there were some misunderstandings regarding Emotion ratings and Principles. I’ll summarize in which regards the Revised Michtim RPG Character Sheet now solves these problems.

Emotion Icon and Rating Indicators are now separate. This has been a known issue for quite a while. From the designer’s perspective there was no problem (because I had knowledge). Testing was able to show a failure rate of nearly 100%. So now I’ve moved the Emotion Icon out of the dice-shaped Rating Indicators. This should clarify things drastically. I also took the time to redesign the text box area. I still have to find a suitable font for the Emotion though.

Affiliation and Body Type as Icons. This serves several purposes:

Attuned Callings & Aspects are much smaller now. The information on the character sheet is mostly whether a player has bought the additional slots or not. There is no reason to waste a lot of space on that information. The current solution also allows players to fill in Aspects/Callings if they want to, although Aspect Cards are used in the final version anyway.

Goals and Complications instead of Principles. The game rewards players who follow their goals and complications with Karma. In the previous version I tried providing several guiding principles for each faction to choose from. I wanted the selection to depend on Tribe Affiliation and personal ideals, but it was just awkward. The current solution examines a different approach.

Ultima Techs to customize the character. These will be used to introduce areas of expertise. They can also be used to redeem a low Emotion rating in case you still want to score high in special situations. Ultima Techs have to be provided by the player and extend the use of existing Actions/Aspects. The player will get 1-3 bonus dice depending on the level bought. Here’s the catch: to use the Ultima Tech, the player has to spend Karma (which is usually limited to 1-5 per session).

German-language version for German-speaking players. Yeah, it should be obvious, but I underestimated the language barrier problem. So now there is a German version of the Michtim RPG Character Sheet (including the basic rule help next to the Emotions). 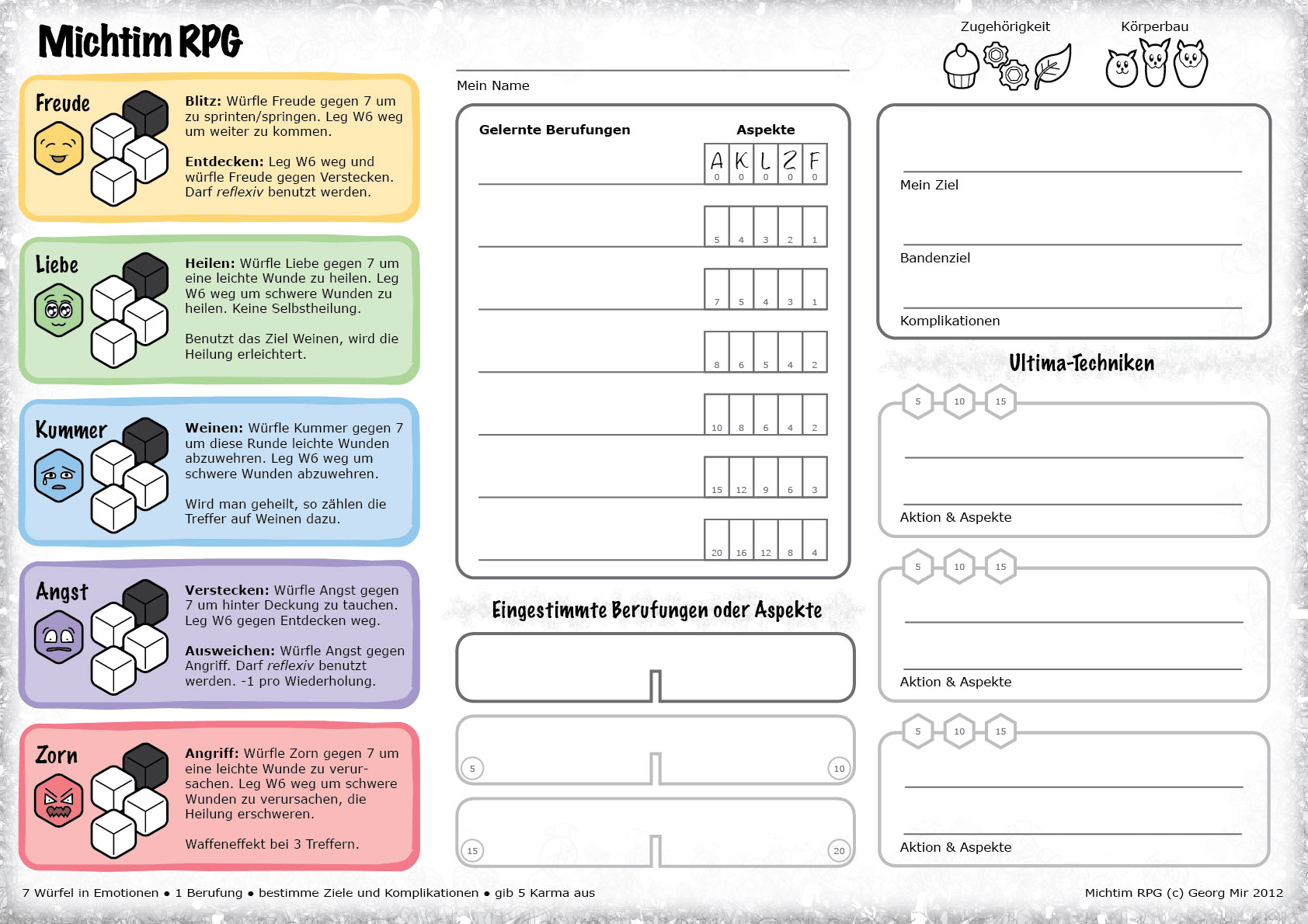