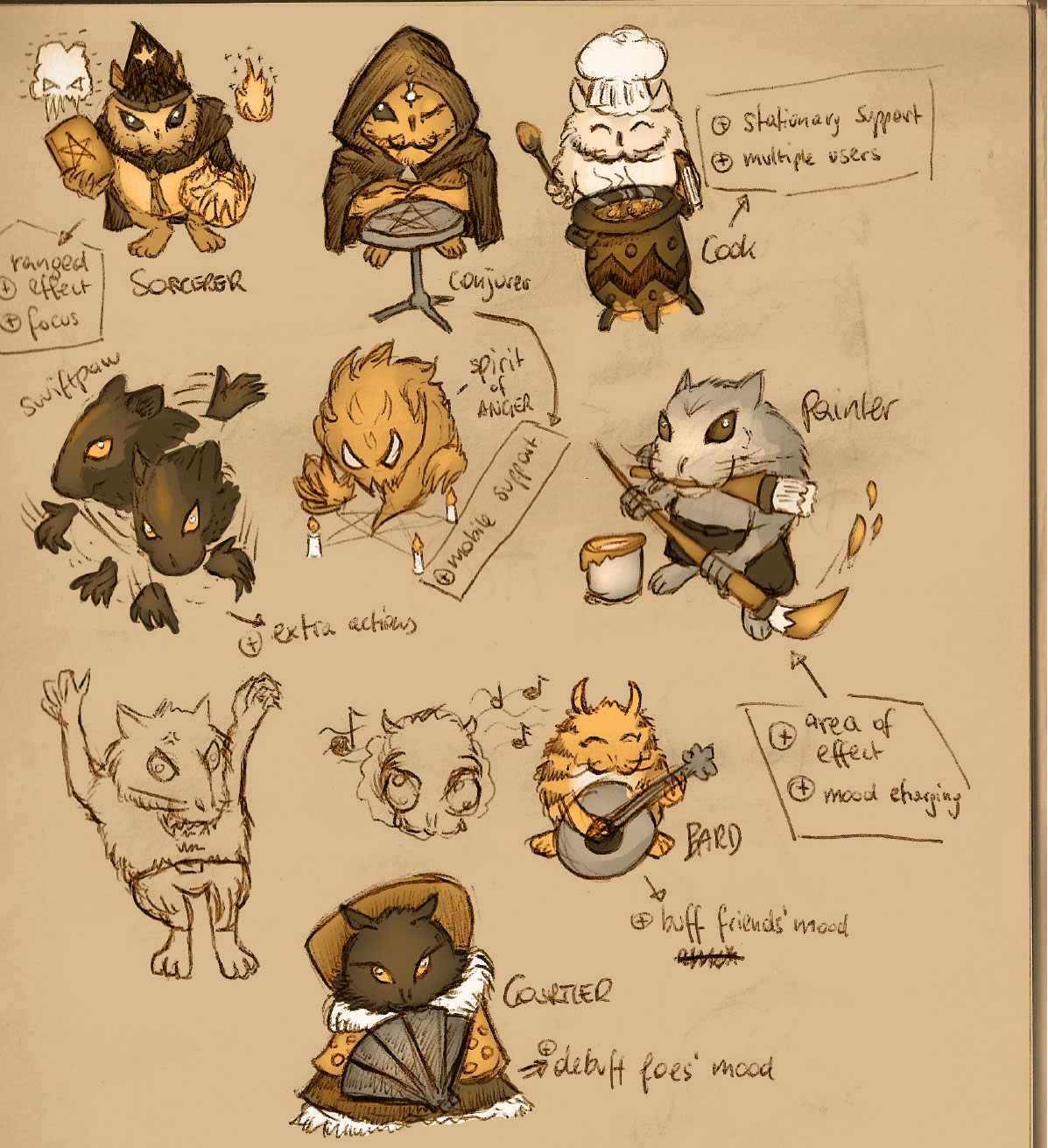 There is a lot of room for all types of players. I do not wish to restrict player wishes when it comes to the existence of higher beings or the truth behind less mythical schools of thought. I figured, if you want to provide religious and secular philosophies, you cannot make individual tribes be solely this or that.

My solution is to provide many different approaches, and remind players to create their own belief system, if they think something is missing. I will present at least two approaches for all three tribes (religious and secular). The focal topic is always related to what Michtims from that tribe value the most. Nevertheless, it is absolutely okay to stick your character’s head into a different belief group. Go with what feels right.

Turnayans value Community. Both schools of thought revolve around those two things. Michtims living in the capital city of Turnaya usually have a long list of relatives, and are very gregarious beings.

Barsik value Nature. Living in the untouched wilds, eschewing comforts of technology and society is what the Barsik do. Nature is the sole provider for food and dwellings. If something is not available, they probably are not meant to have it in the first place. As a result, they are very tolerant to environments that are considered hostile by other Michtims. In return they view others as somewhat weak and fragile.

Greylings value Profit. With progress coming in at a close second. After shedding their traditional tribe name and moving to the city of the long-legs, they founded their own under-empire called Plutonia. The other tribes never fail to mention it should be called Pollutonia instead though. They are master tinkerers and corporate thinkers, always on the look for reengineering their existence.