So I’ve decided to spend a little time on one of my previous projects. The aesthetic here is to have ordinary people with dark secrets commit terrible deeds (against each other). Each character has secret objectives that are often in conflict with the other player’s plans. In this game, you don’t necessarily win or lose, but there is a certain level of backstabbing involved here. This game isn’t for everyone, for sure.

This time, I’m going to talk about the core mechanic I’m working on. I’ve been inspired by L5R’s Roll and Keep mechanic, but I’m probably going to take a little inspiration from Michtim as well.

To call a trait Paranoia already says something about the aesthetic of the game. This isn’t about being a hero. It does not have shiny traits that make you look like a champ. In this game, every Attribute is seen through the dark lens of sinister motives.

Each of these Attributes can then be used in either of two Domains. You get to roll your Attribute worth in dice first, but you only keep a number of dice that is limited by the Domain’s rating.

Characters start with one dot in each Attribute and Domain. So you will always get to roll at least one die. The chances of success are slight. I’m thinking about a Target-Number of 6 to allow 1d6 to possibly be successful, if rather unlikely. Players get to spend further dots on Attributes (up to a rating of 3) and Domains (also up to 3). 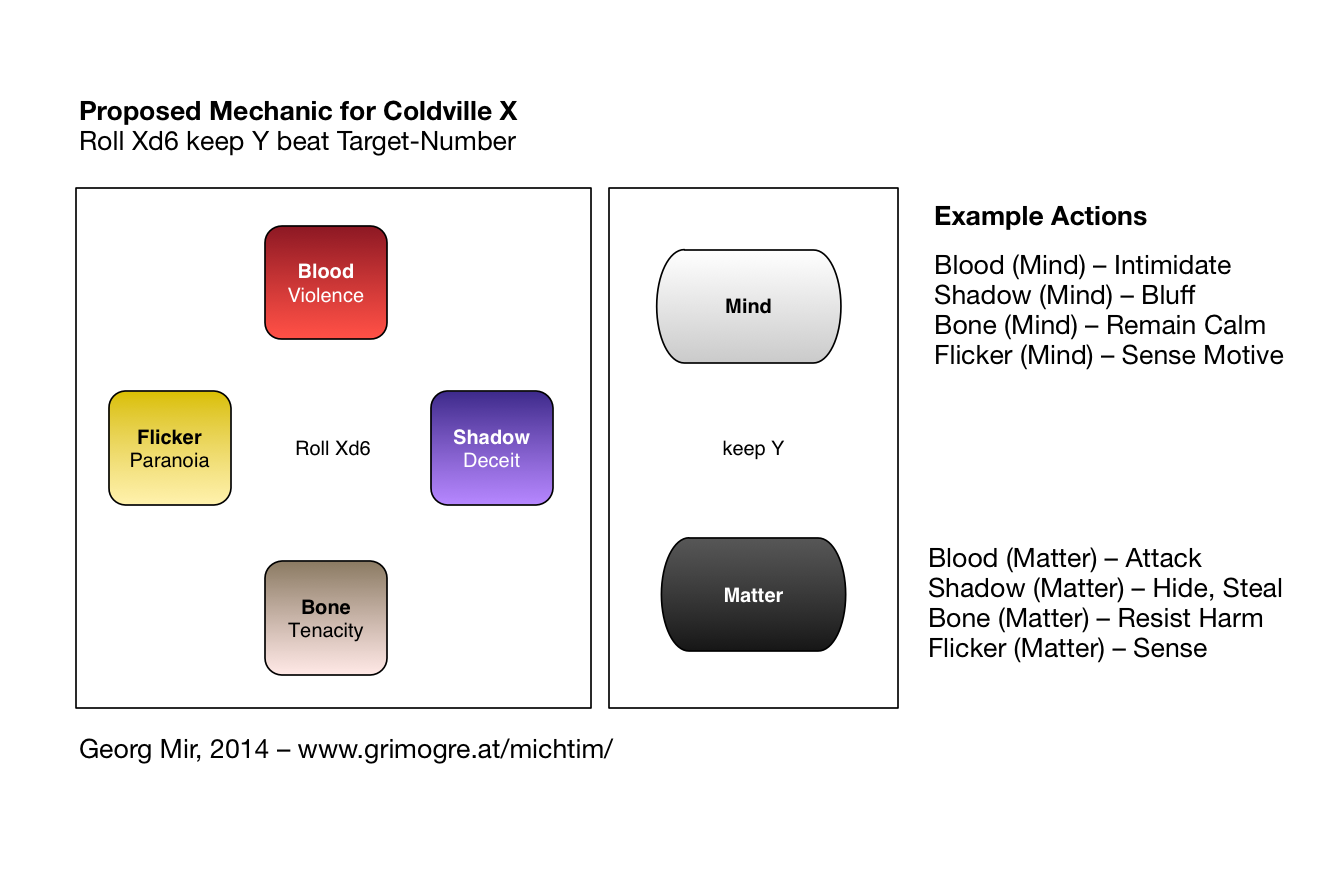 The rules will probably feature example Actions that are “hard-coded”, but also try to allow players to improvise heavily. Maybe even use two Attributes limited by a single Domain in some cases.

This is a first sneak peak, and there probably will be a lot of changes.