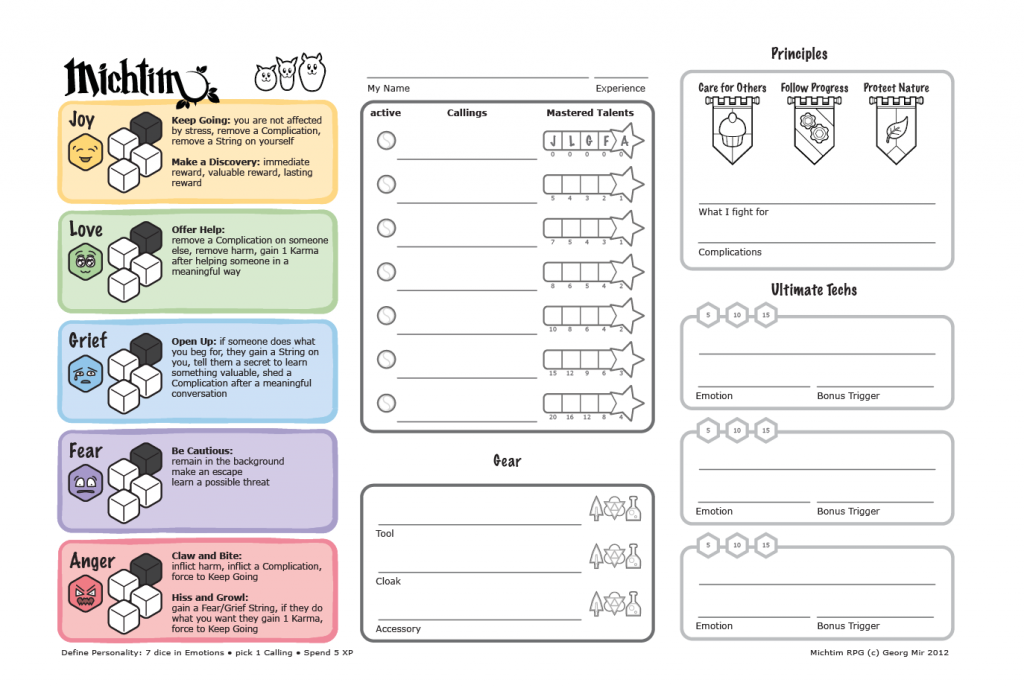 So, I’ve been doing a bit of research and had some thoughtful discussions with fellow storygamers from the story-games.com message board. Together, we’ve been looking at possible ways to move Michtim into a different direction.

The game initially was supposed to have a video-game component. That’s the reason for the very combat-centric core mechanics of the Core Rulebook. Yet, I do think that Michtim is also about other things. About exploration. About interaction.

I’ve changed the character sheet to show the new actions. You should be safely able to do everything you did before; but now some Emotions have become a little more useful, in my opinion.

The core mechanic remains the same. You roll vs 7, and may set aside dice (before rolling) to increase hits. Every hit lets you pick one of the aspects that are listed on the character sheet. This way, you can now look for opportunities (Make a Discovery) and distribute hits among the factors Value, Immediacy and Duration.

Go wild with it! Add your own actions!

Also the Sins have been removed from the game entirely. To earn Karma, you play out Complications or try to act in accordance with your Virtues (any will do). Virtues are now only relevant in the fiction, because they are cultural values. There are no sins and no mutations to worry about… of course acting against a Virtue might get you in trouble with the Haus!