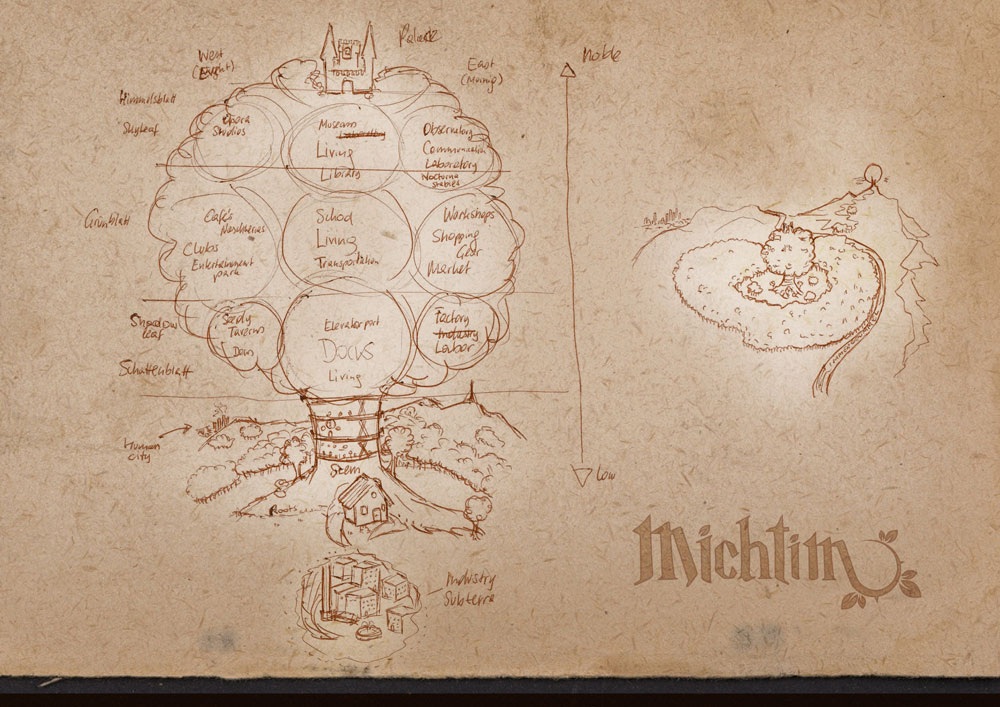 A wanderer’s notebook has been found deep in the Immergrummelwoods. The unfortunate soul must have made it through the Veil. But who knows what happens to lost adventurers, who sleep within the sacred clearing of Turnaya?

You can see that this wanderer already started to uncover some of the secrets; possibly by observing the Michtims through a looking glass. Turnaya is made up of several districts, called Asts. The wanderer also found out that there are quite some levels to Turnaya:

Palace: The residence of her Highness Major, Majestic Supreme, Queen of Turnaya, Miyu the Wonderful!
Himmelsblatt: (Skyleaf) Most noble institutions can be found high up on the tree.
Grünblatt: (Greenleaf) The hotspot of Michtim life, with school district and workshops and Naschkerias.
Schattenblatt: (Shadowleaf) The docks and seedy taverns can be found here. It is where most goods come to Turnaya through the elevators.
Stem: The residences here are rather unprotected, but still quite busy, especially with workers.
Roots: Outcasts can be found making their living between the roots of Turnaya.
Underground: The Grauling city is a place of industrial and technological miracles, but something went wrong…